Wednesday, June 29, 2022 after Cindy was finally able to book us new reservations at a new site thanks to the City of Anchorage cancelling our stay with almost no notice, we decided we would do a 2 1/2 mile hike around Horseshoe Lake in Denali National Park, not far from our campsite at Riley Creek Campground. After a short drive to the parking area near the trailhead by the railroad tracks, we donned our backpacks with water, binoculars and cameras and were on our way.

The first half-mile or so was an easy, steep downhill trek with rock steps that ended where the loop met back up. You could either hike clockwise or counter-clockwise around the lake but, as was obvious, when you got back to where the loop met you were going to be hiking UP that steep trail that was easy at the beginning.

We elected to hike counter-clockwise, but either way way the scenery would have been absolutely awesome. The day was slightly smoky from all the wildfires here in Alaska. That day there were about 160 active fires across the state and one that was north near Fairbanks where we had come from was causing smoke here in Denali. It didn’t really affect our breathing until the end and you can see evidence of it in some of the photos where things look hazy in the distance.

Our direction took us down to the eastern edge of the lake and then north to where we hiked between the lake and the Nehana River where the water was flowing quite rapidly. The mosquitos were almost large enough in size and number to carry us away if they chose to do so but fortunately we had bathed in Off before beginning our hike AND brought it with us to re-coat ourselves as we perspired it away.

We did not see much in the way of wildlife (with the exception of a bird known as a Canadian Jay) but we did see evidence of them, especially of the beavers that inhabit the area where the lake and river connect. There are several beaver-built dams spanning water flow areas, as well as chewed tree trunks and fallen trees that the beavers had gnawed on near the water’s edge. We also saw some moose prints in soft soil.

The water in the lake was still and pristine. At the lake’s edge you could look out and see down to the bottom for a fair distance out. The Spruce trees surrounding most of the lake stood tall and straight, as if guarding the water from assault on the ground. At the northwest edge, sheer rock formations towered high above. We could only imagine what the lake would look like when it was covered in snow and ice, but the beauty we could see of its summer existence was almost like walking in a painting.

We eventually reached the loop’s end and had to face the steep, uphill climb that, even with the rock steps they had inserted, was tough on the legs and lungs. By the time we reached the top, we made long, extensive use of the bench that was there to rest. We watched a couple of people approach the downhill steps, look down, and decide that they did not want to come back up that way. One woman and her teenage son asked us about it and I told them honestly that if you went down you had no choice but to come back up that way, but the scenery around the lake was worth our exhaustion. She decided it wasn’t worth theirs and turned around to return to the trailhead. As I sat there breathing heavily and aching in my legs, I couldn’t blame them. But we’ve been in those situations before and what we remember chiefly, above the memory of exhaustion, is how much we enjoyed the views, the scenery, and especially the sense of accomplishment. Even if it almost killed us.

We headed back to the parking area and rejoiced when we saw Voyager waiting for us. We drove back to the campsite and collapsed for a while to rest up from the hike. It felt good. So good that we skipped out on the Ranger Talk at the Campground Amphitheater that night and just read our e-books in our recliners the rest of the evening. 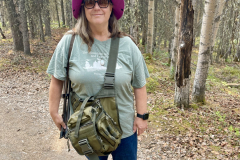 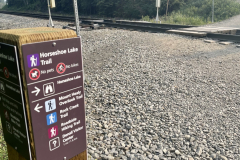 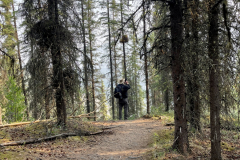 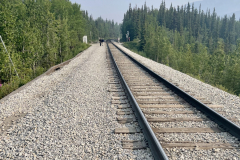 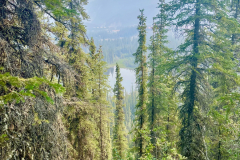 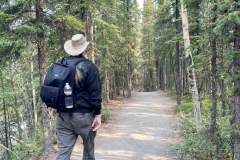 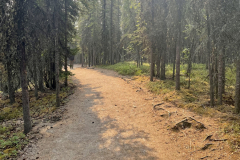 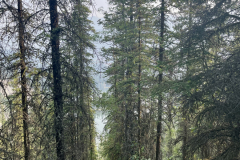 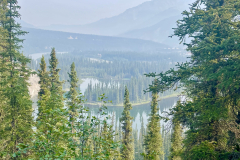 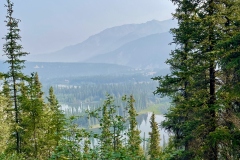 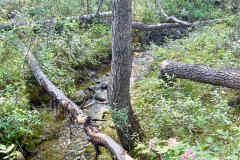 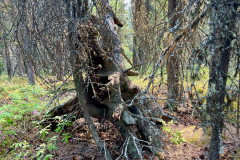 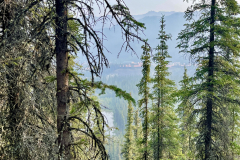 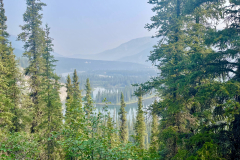 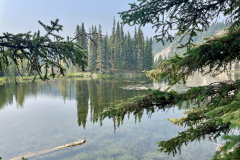 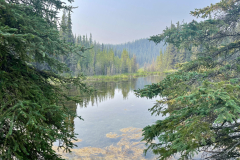 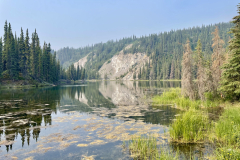 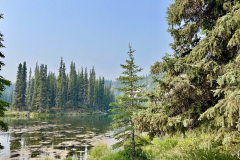 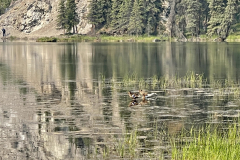 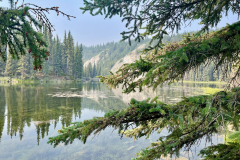 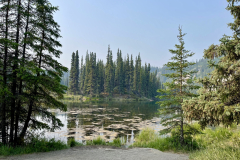 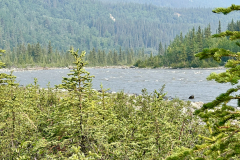 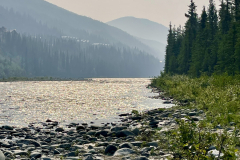