Friday, July 1, 2022 was our last day in Denali National Forest. Even though we had taken the guided tour bus trip when we first arrived, we decided that before we left we wanted to drive some of it ourselves. We left the campsite around 6:30am to drive 13 miles into Denali (the maximum distance a private vehicle can go) to the Savage River Campground area hoping to see some of the park’s wildlife citizens up and about enjoying their morning. Unfortunately, they all must have slept in that day but we did get to see some more beautiful scenery and a glimpse of the famous mountain itself.

Denali National Park is comprised of 6 million-plus acres of land and 2 million of that is designated “wilderness” meaning very little to no encroachment by man. There are 39 species of mammals in the park including Black and Grizzly Bears, Moose, Caribou, Foxes and Wolves. 167 different species of birds fly in the air of Denali as well as 1 endangered species; the Peregrine Falcon. And only 1 amphibian calls the park home, the Wood Frog, which actually freezes solid in the harsh winters and then thaws out in the Spring!

Additionally, there are more than 650 species of flowering plants and other plant life that have adapted to the long, cold winters and short growing seasons of Denali. We were told on tours again and again how, just 2 weeks before our arrival, the plants and shrubs were brown and dormant. In that short span of time they blossomed and burst forth to be able to provide food for the animal life in the park.

Several times rangers told us that the longest-living mammals in the park are bears, which can live up to 30 years. There are bears in Denali National Park that will live their entire lifetimes having never seen a human being. I found that to be pretty cool, but it speaks to what designating vast portions of the park as “wilderness” has accomplished in relation to the lives of some of its residents.

Once we reached the 13 mile point where only tour busses can proceed further, we turned around and drove back to the campsite, continuing to enjoy the gorgeous scenery. Then it was time to pack up and leave Denali National Park. 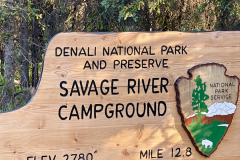 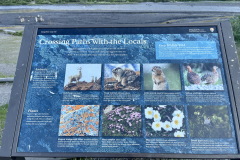 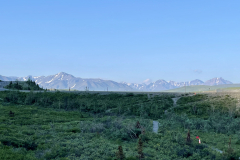 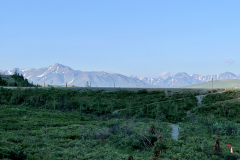 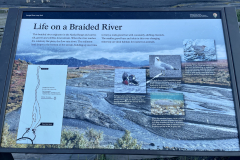 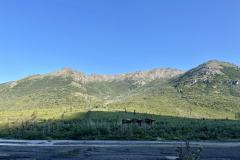 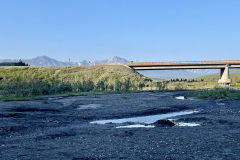 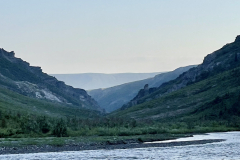 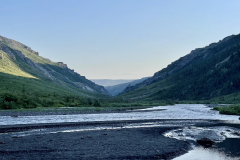 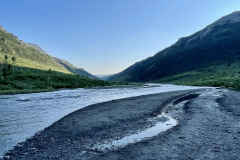 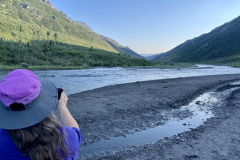 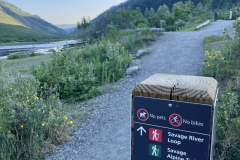 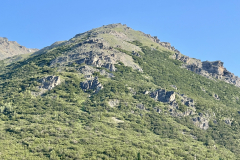 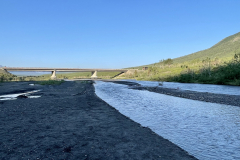 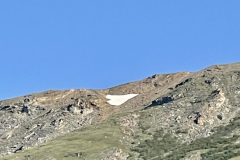 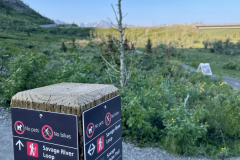 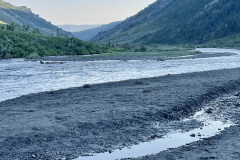 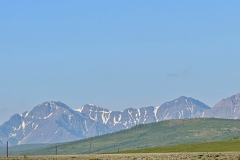 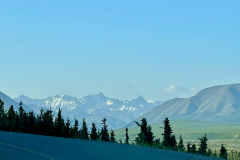 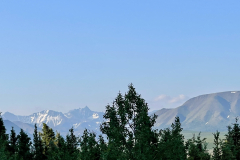 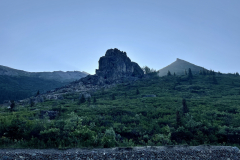 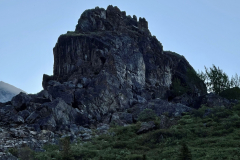 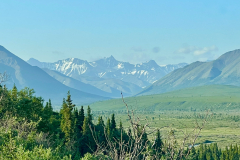