On Thursday, July 7, 2022 Cindy and I drove down to the Kenai Fjords National Park to go on a 10am ranger-led 3-mile round trip hike to the Exit Glacier.

As always, Cindy and I learned something new. We both thought of glaciers as mostly icebergs in the water (we’ll soon be going to see one of those too). But, as Ranger Bill told us; glaciers are large, perennial accumulations of crystalline ice, snow, rock, sediment, and often liquid water that originate on land and move down slope under the influence of their own weight and gravity.

Exit Glacier is a “Retreating Glacier” and one of the most clearly visible examples of climate change. Back in 1968, the edge of the glacier was less than a few dozen feet from where the Nature Center sits today. Our 1 1/2 mile hike only brought us to within a half-mile of where the edge is today in 2022. Over the years, as the glacier’s edge retreated, the park service built trails to allow people to hike closer to it. But in 2010 they gave up extending the trail as it was retreating too quickly to adequately keep up with it. You CAN hike closer, but it is at your own risk and is technically a park violation.

Visiting this natural wonder is a total experience of your senses. As you approach, you can feel the very air temperature chilling around you. Your eyes are entranced by the sheer size of this monolith, but if you close them you can still sense the mass of ice as it occupies the space before you. You can listen to the creaks and groans as the glacier moves, ever so ponderously down the slope. You can smell the cold, clean aroma of the glacier and its sundry parts of dirt, rocks, plants, trees and water.

Some parts of the glacier look white from the accumulated snow, some a dirty, muddy color from the mixture of dirt and rocks. But the glacier’s signature blue hue and glow found in deep crevasses comes from the light passing through the thick ice, where all colors of the spectrum are absorbed, except for blue.

When we reached the official end of the hike, Cindy was pretty tired so she sat and waited for me to hike further down to the closest point you could get, which was still about 1/8 of a mile away from the edge. The hiking down there was a bit precarious and you had to watch your step, but it was worth the effort.

The effort we DID NOT make was to hike up to the Harding Icefield. You can, but it takes 8 hours and has an elevation climb of 3,800 feet. I’m not young enough for that kind of effort, though my hat is off to those who do.

After our hike we returned to Voyager and drove a few miles farther down the road to Seward to look around and have some lunch. We found a packed diner on the main street and enjoyed a delicious cheeseburger while using their internet to catch up on email and social media. Then it was back to the campsite to dry off, warm up and curl up with a good book. 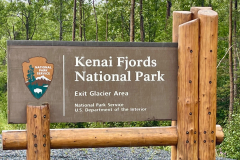 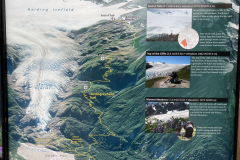 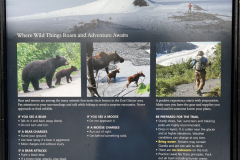 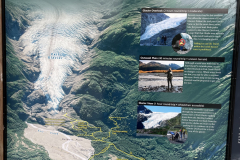 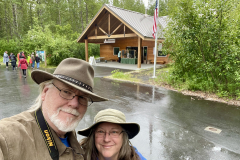 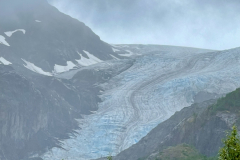 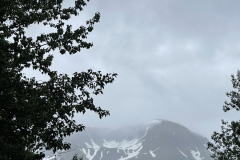 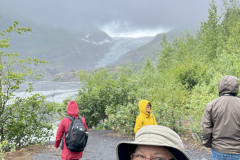 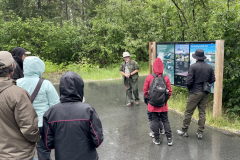 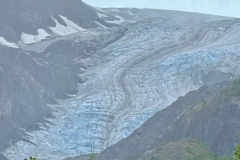 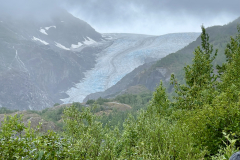 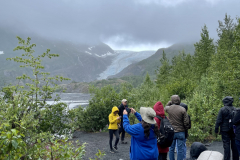 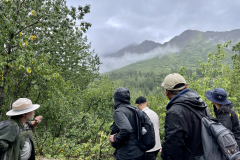 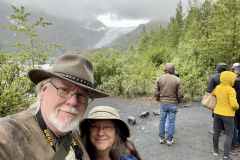 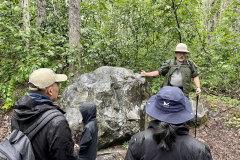 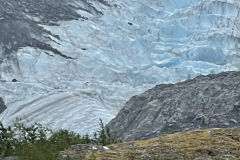 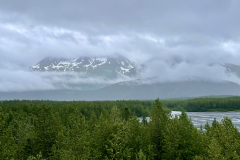 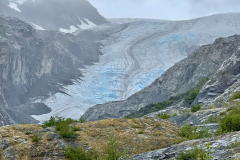 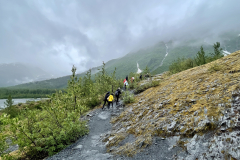 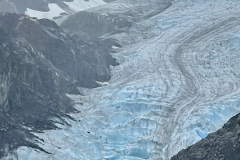 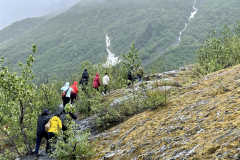 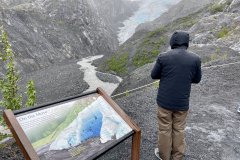 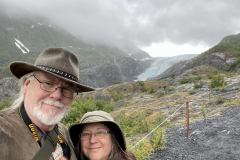 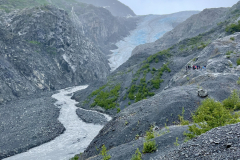