Tuesday, July 12, 2022 was mostly a down day for us. We made a trial run into Valdez to see where the cruise would leave from and where we could park. We then just drove around the small coastal town to see what it looked like. Oh, and we found a laundromat so we could produce some clean clothes, lol.

On a more downer note, I was beginning to feel not so well. My glands on each side of my throat were swelling up and though I (thankfully) did not have a sore throat, it did hurt to swallow and I was not at my best.

Wednesday, July 13, 2022 we arrived at the harbor to check in with the Stan Stephens Glacier and Wildlife Cruises center at 8:30 am for a 9:00 am departure.

The harbor is small but very busy with not only various cruise tour boats leaving port but private and commercial fishing boats as well. It’s clear that the harbor is the hub of life in Valdez, Alaska.

I’m feeling worse this morning, but not going to miss this opportunity as it is one of the main things we wanted to do when we visited Alaska. I was hoping to get an inside seat where it was warm and dry (the forecast was for temps in the low 40’s and rain) but they were all taken by the time we got on board. I did find a seat on the stern deck that was in a corner and offered some protection from the icy cold wind and rain that felt like little daggers hitting you, especially when the boat was chugging along at top speed.

Most of the photos in this post were taken by Cindy because I just did not much feel like getting up and trying to take many photos. Thanks baby, for picking up my slack.

On the way out we pass many fishing boats. Some of them have already been out here for hours setting nets and collecting their bounty. Our awesome Captain, Amanda Bauer, explained that when they get full of fish they do not head back to the harbor. Rather, special boats called Tender Boats with large holds come by and they offload the fish onto those boats while they remain in the water continuing to fish.

Speaking of our captain, she was awesome! In addition to explaining life of both animals and humans in the waters around Valdez, she gave us a verbal history of the Exxon Valdez oil spill that took place on March 24, 1989 and the steps that were taken afterward to attempt to insure that an ecological disaster like that would never take place again. As we ventured farther and farther out she explained the sea life and avian life we could see (and some that we could not see), as well as the natural land masses we passed and, of course, glaciers in general and the Meares Glacier in particular.

She was the consummate professional, which we really appreciated. We had read in various groups that the captain of one of the other tour boats spent most of his tour trip making political remarks and complaints. It’s his boat and he can do as he pleases but, like us, most of his passengers are there for an informational, not political diatribe, tour of the waters and glaciers. We were SO glad that Captain Bauer did not inflict that kind of “guided tour” on us!

The Meares Glacier is the focal point of this cruise and something that Cindy and I REALLY wanted to see. Even as we approached from several miles out, there was a veritable ice field of pieces that had broken off the glacier. The captain mentioned that a massive “calving” or breaking off must have taken place overnight because when she was there the day before there was a very little ice field and it was close to the glacier. Speaking of the approach, it was amazing how much colder the very air became as we got nearer and nearer to the glacier itself. Even Cindy, who very seldom gets cold, was shivering and thankful she wore her warm coat and gloves.

We got to see Humpback Whales, Sea Otters, Dall’s Porpoises, Sea Lions, a juvenile Bald Eagle, Orcas(!), a wide variety of bird life and, of course, the Meares Glacier. What was supposed to be a ” 7 1/2 to 8 hour tour” (a 3 hour tour, a 3 hour tour) turned out to be closer to 9 hours, but it was 9 hours filled with so much to see and learn about. Oh, and they offered a nice lunch which Cindy said was very good. I just wasn’t hungry so didn’t try any of it.

By the time we got back to Nomad I just collapsed in bed. But even though I didn’t participate as fully as I would have liked to, it was still an awesome day and experience. If you ever make your way to Valdez, Alaska, I heartily recommend the Stan Stephens Glacier and Wildlife Cruise. 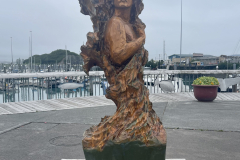 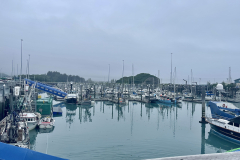 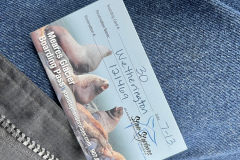 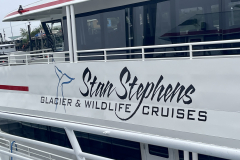 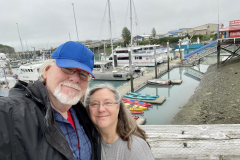 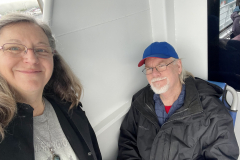 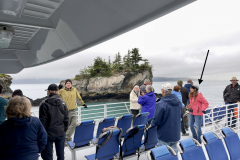 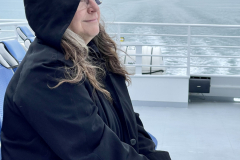 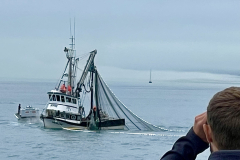 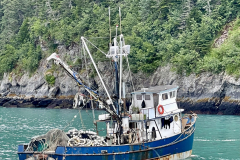 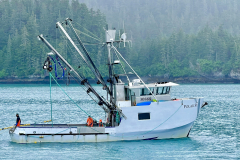 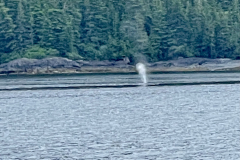 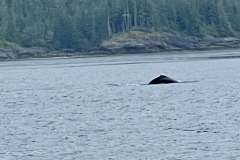 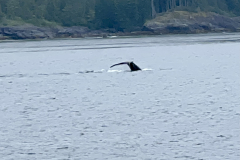 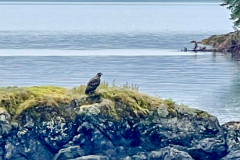 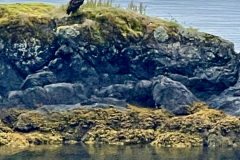 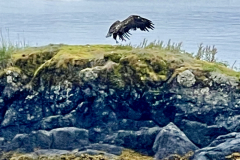 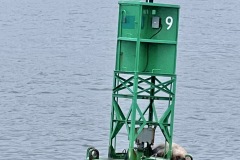 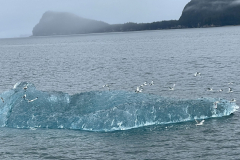 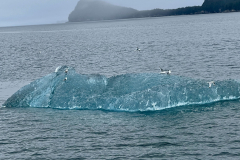 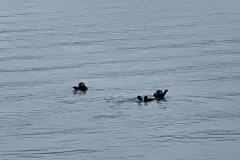 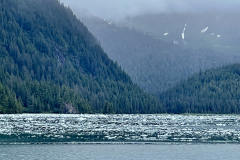 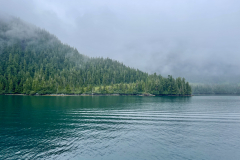 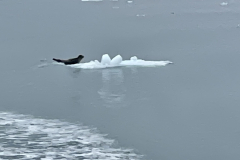