Hannah told us to expect the tow truck around 10:30 am Saturday Morning, July 23, 2022. We got up early after mostly tossing and turning the night before anyway and Cindy made us breakfast. It was a good thing we were ready early as the tow truck arrived at 9:55 am, but I had no problem with that. We both just wanted this part over with as soon as possible. We still had other parts of this situation to deal with over the next few days.

The tow truck they sent was indeed one of the largest I had ever seen, apart from those that tow huge Kenworths and such. The tow truck driver was obviously experienced and handled Nomad very gently. I was taking photos for the blog and insurance. He was taking photos as well for their documentation that no damage was done to Nomad by their towing. Neither of us had an issue with the other doing their due diligence.

I was curious as to how he would pull Nomad up on the bed of the tow truck without damaging my brand new Power Tongue Jack. Turns out they have this shallow metal bowl, almost shaped like a shield, that they place under the tongue jack so that it glides up the tilted bed as they pull the frame with chains. I love the fact that, even in a situation I’d rather not be in, I learn something new every day.

In about 30 minutes he had Nomad up on the truck and was ready to roll to Whitecourt, Alberta where we had reservations for a site at the Eagle River Campground. We followed in Voyager and I have to admit it was a strange feeling to see Nomad IN FRONT of us instead of BEHIND US! It took about 70 minutes or so for the entire trip, and then another 30 minutes or so to get Nomad down off the tow truck once we reached the campground. Since the tow truck was too big to maneuver into our site, we had to drop Nomad off at the front entrance (thank goodness there was plenty of room) and then Cindy and I gently pulled Nomad into our site and got set up.

Now we would be at our site over the weekend, hoping that the needed parts would be into the shop at Canada Certified RV and Trailer Service on Monday morning. In addition, I wanted to replace the blown tire with another Goodyear Endurance to match the rest of the tires so I needed to see who might have that or could order it for us.

But it seemed the worst part was over. 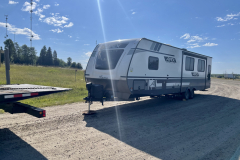 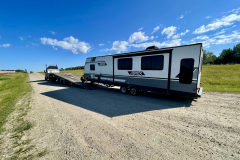 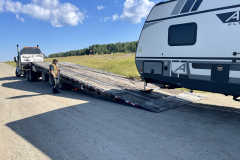 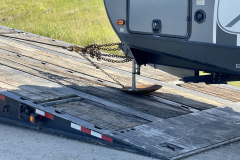 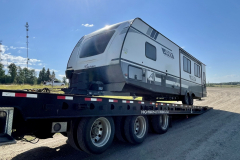 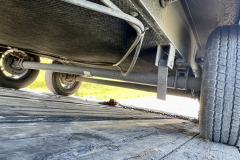 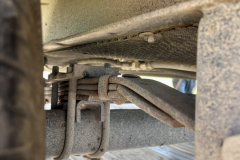 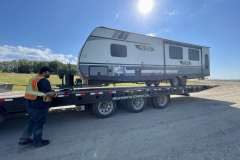 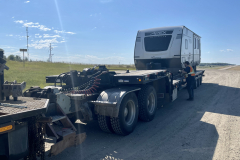 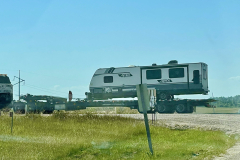 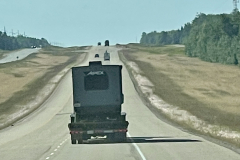 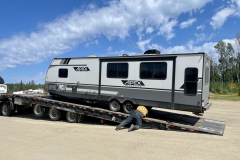 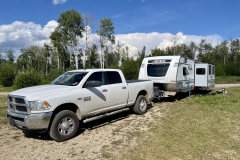