On Sunday October 2, 2022 we left the Black Kettle Campground in Oklahoma and drove 271 miles to the Belle Starr Campground on Lake Eufala in Oklahoma.

If you’ve kept up with our postings this name might be familiar because this was our second stay at this campground, as we were here a little over a year ago and we had enjoyed our stay then on the banks of Lake Eufala. Amazingly, we ended up at the exact same campsite that we were in last year, so we had another beautiful view of the lake.

As I wrote on our blog last year (when we were still only on Facebook) about the name: “The name “Eufaula” comes from the Eufaula tribe, part of the Muscogee Creek Confederacy. The town and county are within the jurisdiction of the federally recognized Muscogee Nation…”

There were more campers and RVers here this year than there were last year in this loop (and others nearby). Not sure if it was because it was a week later than last year or if the threat of COVID is not as great as it was then. But thankfully everyone was pretty quiet and respectful of others around them so it remained peaceful during our stay.

Another change from last year was that the bathrooms/showers near our site were open this year. Although we are self-contained, sometimes we make use of camp bathrooms (showers, especially) if we want to cut our usage of our fresh water tank and keep our waste tanks from filling. But when we went into these we decided NOT to make use of them. It wasn’t just that they were not clean or kept up, but they obviously needed maintenance. The photos in the gallery are of the men’s side and you can see the showers are dirty and have peeling paint. Cindy said the women’s shower had a nest of insects in it. I don’t mind company in the shower, but not that kind.

I also spent one full day doing some work around Nomad. The biggest task by far was the switching of our spare for a tire that was wearing unevenly. It was wearing so badly in one area that I feared it would blow while we were driving, so I took the opportunity while we were parked to switch the tires. I’ll be finding out if there is a tire balance problem, a bearing problem or an axle problem, but I much preferred changing it out at the campsite as opposed to the side of the road. And it gave me some more practice using my bottle jack, jack stands and riser boards to get the trailer up and down.

Other than that we did our usual daily minimum of one mile walking Bella around the campground and lake’s edge, which she enjoys so much. We saw raccoon tracks (and maybe some deer tracks) in the soft sand at the lake’s edge and watched a flock of geese on the shore decide that Bella (who was paying them no mind whatsoever) was getting too close so they took to the water.

Cindy saw some beautiful sunrises across the lake (because I don’t get up that early if I can help it) and she got to see an otter swimming by her at the lake’s edge one morning. After a bit of research, we discovered that river otters also inhabit lakes in Oklahoma and burrow out homes under the sand at the edge of the water.

We like Belle Starr Campground and have enjoyed both our visits there. It’s doubtful that we’ll have reason to come that way again in the future, but who knows? 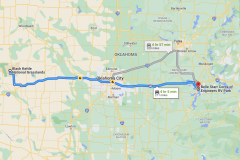 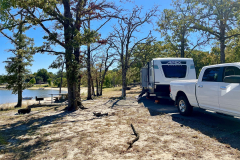 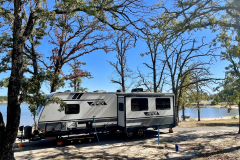 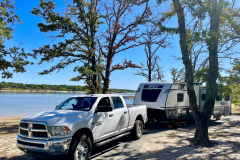 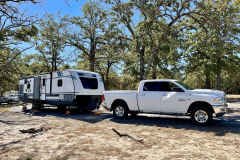 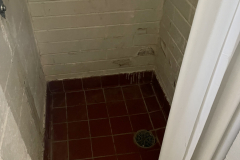 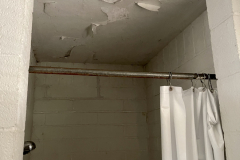 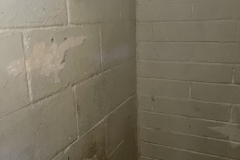 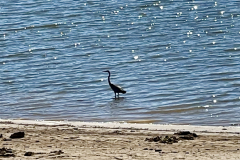 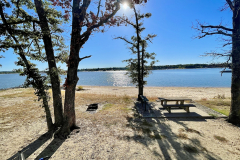 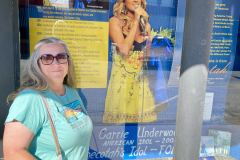 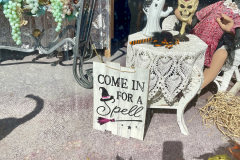 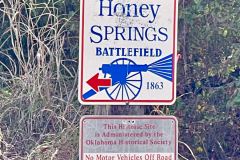 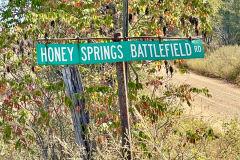 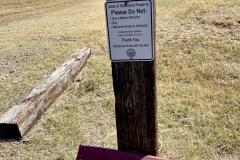 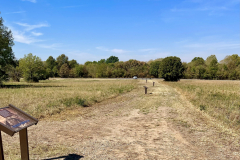 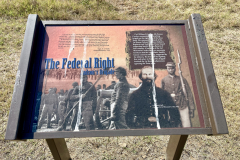 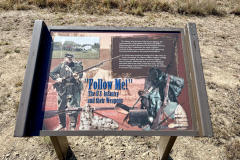 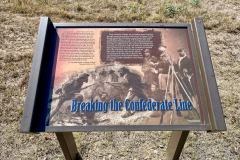 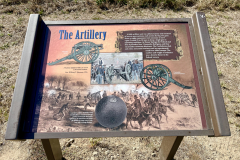 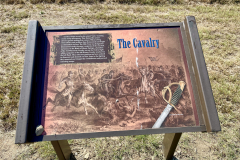 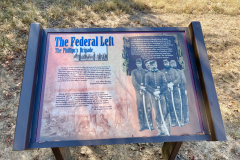 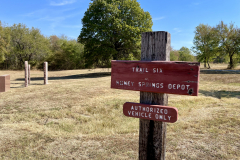 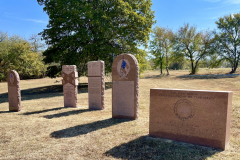