On Wednesday, October 5, 2022 we left the Belle Starr Campground on Lake Eufala in Oklahoma and drove 202 miles to Conway, Arkansas where we would spend the night boondocking in the parking lot of a Cracker Barrel Restaurant.

Although we have known about the ability to park your RV overnight in Cracker Barrel parking lots, this would be the first time we have done so in the little more than a year we have been traveling the U.S. Unless there is a municipal ordinance against it, almost every Cracker Barrel restaurant will allow (and even welcome) you spending the night in their usually very large parking lots. They know that travelers will most likely have at least one meal while there and, if they’re like Cindy, will buy something from their Country Store.

We called a couple of days ahead of time to confirm it was permitted at this Cracker Barrel and, sure enough, when we arrived they had parking spaces set aside for RVs. The only problem was our truck and trailer were too long for those spaces, so we parked along the edge of the front parking lot and went inside to be sure where we parked would be OK. The manager was very nice and said we could stay where we were or we could move to a section of the parking lot in the back that was a little quieter. Cindy and I walked to where she directed us and decided we would indeed move Voyager and Nomad to that location for the night.

After we got everything parked and leveled we went inside for a nice meal and, of course, Cindy spent some time and money in their store. Then we returned to Nomad to read for a while before retiring for the night.

The next morning we walked inside at 8 am for breakfast and were on the road a little after 9 am.

While we were at Cracker Barrel we were excited about a possible meet up with my friend and former FEMA colleague, Holly L., but unfortunately we couldn’t get schedules aligned to do so. It would have been fun to catch up with each other outside of Facebook and in person, but maybe we can do so another time.

After leaving Cracker Barrel we drove about 26 miles to the William J. Clinton Presidential Library in Little Rock, Arkansas. I had visited the library several years ago when I was deployed to work in Little Rock and enjoyed it tremendously. Last year, when we were in Little Rock to visit the home that Cindy spent her first 6 months of life in, we wanted to go visit it but it was still closed due to COVID. This year it was right along our route and had reopened, so we took about an hour and fifteen minutes to visit this awesome place.

We only hit the high points (Oval Office replica, cabinet room replica and the special “Women’s Voices, Women’s Votes, Women’s Rights” multimedia exhibit) and walked quickly through the library and other displays. We didn’t want to leave Bella for too long in the truck, even though we had left windows partially opened and a battery-powered fan blowing on her.

After our whirlwind visit of the Clinton Presidential Library it was back on the road to our next destination; the city that considers itself The Birthplace of Rock & Roll. 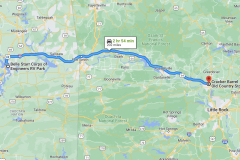 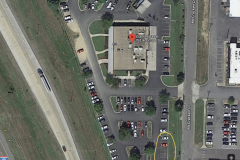 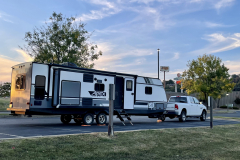 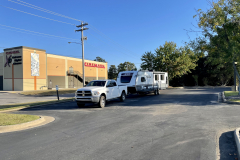 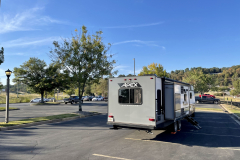 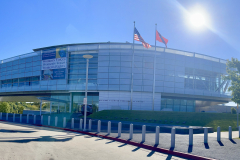 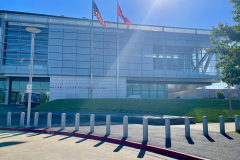 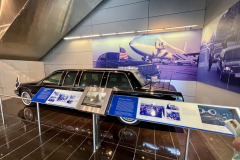 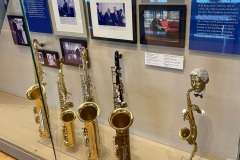 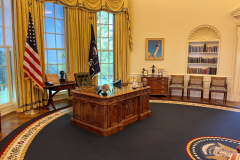 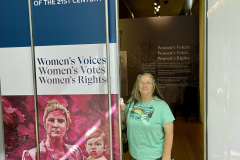