Knowing Bella did NOT like the winding road and since it was cooler in the afternoon, we left her at Nomad with some fans running on battery to keep her cool.

In addition to seeing the sun set during our drive, we also got to see the previous day’s sights from a totally different perspective. It’s one of the principles we practice with our photography; turn around and look behind and all about you to see things differently. Viewing them at a different time of day also gives a whole new lighting effect to the shots. And Cindy certainly had a different perspective as we drove the opposite direction since she was now mostly on the inside next to sheer mountainside rocks. She was so sure I was going to clip the rock wall mountainside that she pulled in the outside rear view mirror on her side.

We ended our drive at the West Glacier Village where we visited some of the shops and shared a meal at one of the restaurants, dining at their outdoor cafe. Then we splurged and got shakes at a nearby ice cream shop.

When we got back to where we had parked Voyager, we climbed in, buckled up, and just as I was putting it in reverse to back out of our parking space Cindy whispered, “Stop, stop! Look over there!” Off to our right was a wooded area no more than 20 feet from us. Standing thee, munching on some grass was a deer. It casually looked up as Cindy was struggling to get her phone out, then went back to dining. Cindy was able to get a video and one photo before it strolled back into the woods.

I think Cindy was more excited about that sighting than anything else we had seen over the past two days, lol.

As with our previous post about the drive from West to East, I’ll let the photos describe the trip. 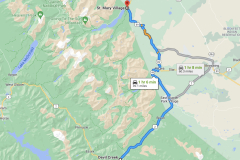 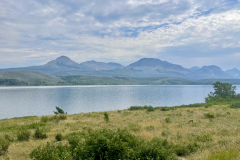 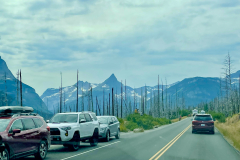 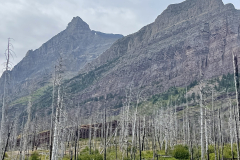 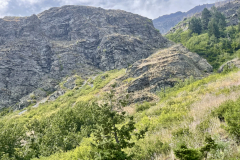 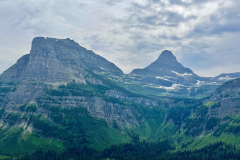 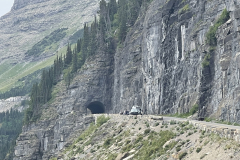 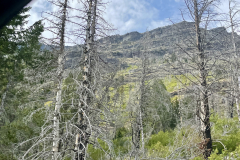 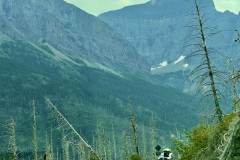 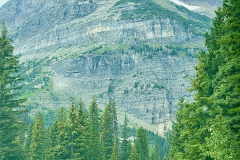 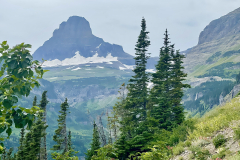 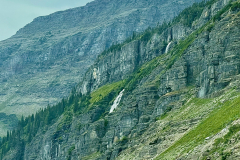 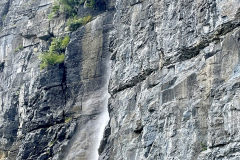 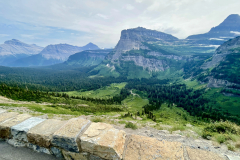 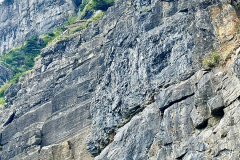 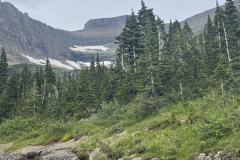 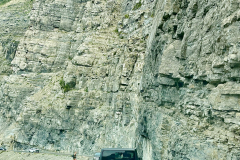 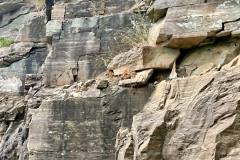 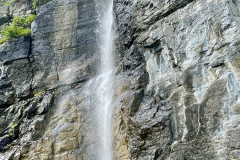 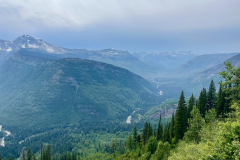 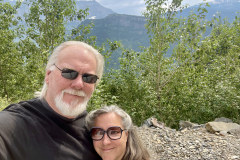