On Sunday, August 14, 2022 we traveled 227 miles from Devil Creek Campground near Essex, Montana to Hellgate Campground (Hmmmm I’m seeing an uncomfortable trend here…), about 25 miles east of Helena, Montana. This was more of a “get some things done” stay for the week as opposed to isiting any particular destination. There was a chance I might get to see one of my former work colleagues (Hi Susan), but their group ended up demobilizing from the area just before we arrived, so that was disappointing.

Our site was listed as “lakeside” and, technically, it was. There was a narrow walkway down to the lake and a short strip of rocky shore. From the shore to about 10 feet out the water was filled with marshy-decomposing plant life. There was no way you’d want to wade out into that mess to swim in the water beyond. Bella wouldn’t even lap at the water sloshing the shore because it was SO nasty looking.

That’s OK. Until we get a kayak or canoe we haven’t been/wouldn’t be in the water much anyway. And there were plenty of nice shorelines at the other various campsites, so I’m glad we didn’t “waste” someone else’s spot they could use. Lots of boating, skiing, screaming, music and general noise was going on almost the entire time we were there, but that’s to be expected at a nice lake like this one.

Aside from walking Bella around the different loops just about every day, our biggest thing to get done was a redecorating of part of the interior of Nomad. We have (had) two theater seats that face the TV/Fireplace and two recliners that sat perpendicular to the theater seats along the back wall. Those recliners saw very little use other than when company visits (rarely), grandkids come to stay (rarely) or when Bella wanted a more comfortable spot to lie down on (almost every day, lol).

Cindy and I were typically doing our online work at the dinette which is made to seat four on the two opposing benchseats. We had so much stuff that we bought two plastic 3-drawer contraptions to put it in and placed those on the inside spots where two other people would sit. But we still had issues with room enough for our devices and documents on the dinette. And, when it was time to have a meal, we’d have to move stuff to make from for plates, bowls, glasses, etc.

It was aggravating. A lot.

So, while we’re traveling back from Alaska we brainstormed some solutions and the one we agreed upon was getting rid of the two recliners and replacing them with a nice, roomy desk and a couple of comfortable office chairs.

So Monday, August 15 we drove the 25 miles into Helena and after stops at Home Depot, Lowe’s, Staples, Target and others we came back with a proper length of sturdy wood for the desktop, table legs, and office chairs.

To get those two recliners out of Nomad, they had to be disassembled. There was no way to get them through the slim, 24-inch wide front door and I really did not want to pick them up and push them through the Emergency Exit window behind the chairs. SO, out came the drill, pliers, wrenches, etc. It turned out it was enough to take the arms off of each chair, so it wasn’t as bad as I expected. I scavenged a bunch of smaller parts off the two recliners so I’d have some back-up pieces and parts in case I ever needed them for the remaining theater chairs. Then Cindy and I carefully walked the larger remaining pieces out the front door and made a pile of their carcasses in front of Nomad.

We had already scheduled a trash pick-up for them the following day.

Then it was time to put the desktop together. We had to be careful about the leg placement since there were outcroppings own each side, so I meticulously measured where the table leg holders would need be installed, screwed them into the underside of the desktop and then screwed in the table legs. Did I say “meticulously”? Well, apparently not so meticulous. We had a little too much room between the back of the desktop and the wall, so I had to re-drill some holes and re-position the two back table legs to get it snug against the wall.

You can see in the photos that we now each have a nice amount of workspace to use and as a bonus we can look out our large back window and enjoy our surroundings. So far, we’re both happy with it. The only change I might make is to spring for the more expensive heavy-duty table legs, as the tapered ones feel a little wobbly sometimes.

And now we can save the dinette for eating meals. Oh, and for when the grandkids do come to visit, the dinette transforms into a bed they can sleep on. Or, a sleeping bag on the floor works as well. 🙂

On Tuesday the trash guy came with a large scoop. He and I loaded the pieces in and he took them off to the dump for us.

The only other major thing we did was on Friday when I took Voyager in for an oil change, tire rotation and rear differential fluid change. Had them check all the other fluids, brakes, etc. and they brought me the cabin filter and asked if I wanted to change it out. It was, as you can see in the photo, filthy after just a year. I wasn’t really surprised after all the dirt and gravel roads we drove down the past few months, especially in Canada and Alaska. I told them to install a new one because my lovely wife has allergies and that thing looked like it had/would trigger a lot of allergic reactions in her.

And that was pretty much our week outside of Helena, Montana. We got some things done and got several days to rest and relax.

Just a heads-up that our next 9 days are boondocking and we’re not sure what our connectivity will be, so it might be several days before our next post which will be about visiting Yellowstone National Park after Helena. 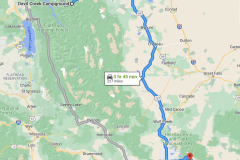 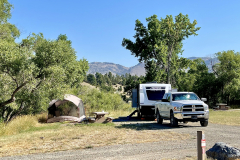 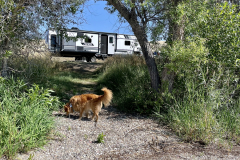 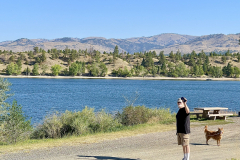 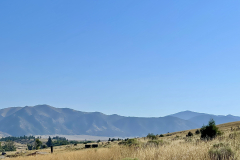 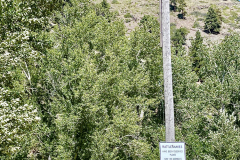 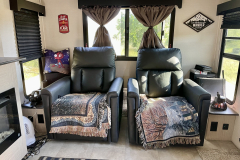 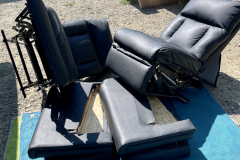 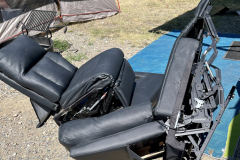 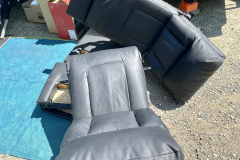 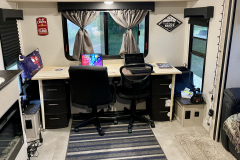 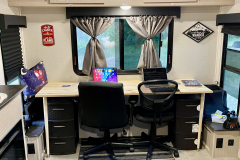 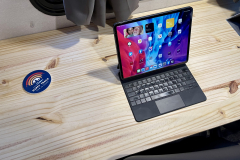 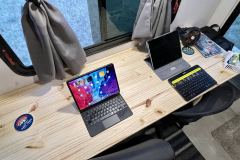 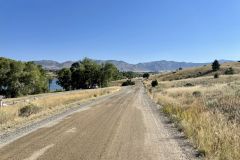 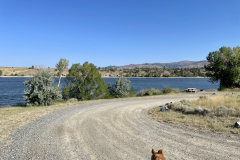 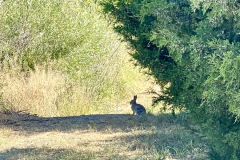 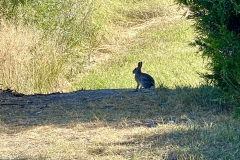 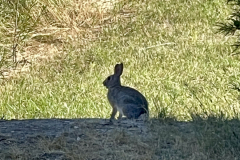 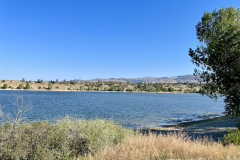 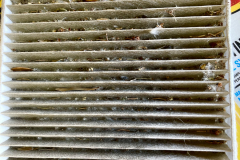