So, after messing up and not getting a ticket for a guided tour of Mammoth Cave, I bought one of the few tickets left for the self-guided tour of the Historic Entrance of the original cave that was found by John Houchin who, according to legend, discovered the entrance while hunting for black bear in the 1790’s. For this one you walk a little less than a quarter-mile to the entrance, instead of having to load onto buses with the masses and drive to the guided tour entrance, so there was that upside.

The entire Mammoth Cave region sits on more than 400 feet of layered limestone. Over millions of years, subterranean streams hundreds of miles in length have honeycombed the area’s limestone ridges with caves. Mammoth Cave, the longest known cave in the world, is the most famous part of a greater underground realm of caves.

Slaves built the first modern trails in Mammoth Cave in the early 1800’s to accommodate oxen pulling large wagons full of nitrate-rich cave soil that would later be made into gunpowder. From 1813-1814 slaves also mined vast amounts of saltpeter from Mammoth Cave to send it to gunpowder factories in the east to supply American military war efforts, including fighting the British during the War of 1812.

After that mining ended in 1815, flat limestone slabs became the first crude tourist trails. From 1933 to 1942, young men employed in public works through the Civilian Conservation Corps (CCC) blazed more than a dozen miles of trails through the cave wilderness, many still in use today. With sledgehammers, picks, shovels, and the materials at hand, they pulverized limestone into gravel and packed the trails with cave sediment.

As you can see in the photos, some modern day walkways are smoothly paved and have handrails, but some of the paths are still rough and you must watch your step and be careful not to stumble over raised areas. In addition to watching your step you’ll need to watch your head as well because of low ceilings unless you’re in areas such as The Rotunda or Rafinesque Hall where the ceiling is dozens of feet above your head.

In this section of the cave is also The Great War Monuments. Veterans groups set the American Legion Monument and the American War Mothers’ Monument at this spot in the 1920s to commemorate the dead of World War I, a war that’s violence, brutality and carnage stunned the world. People called the war “The Great War” or “The War to End Wars* hoping there would never be another like it. The American War Mothers’ Monument contains papers from 34 states bearing the names of their war dead. Placing the monuments in the cave gave them lasting protection and clear display to the cave’s many visitors, preserving for the future a warning from the past about the horrors of war.

This self-guided tour was interesting and I always enjoy traipsing through caves, but I would have enjoyed even more getting to go on the guided tour in the larger cave. Again, my own fault. But it does give us a good reason to return one day. 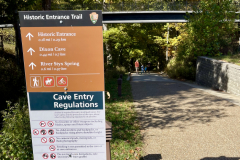 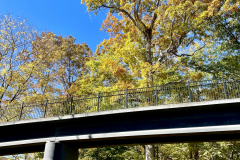 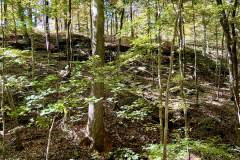 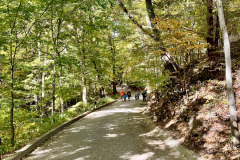 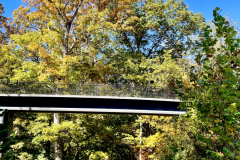 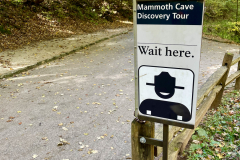 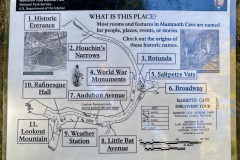 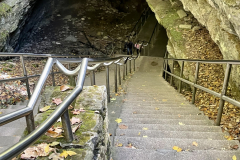 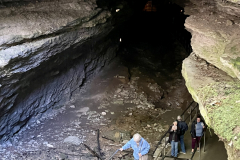 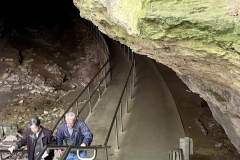 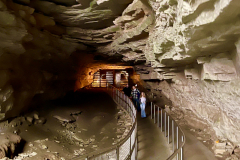 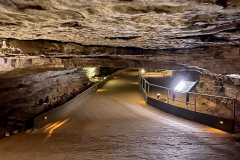 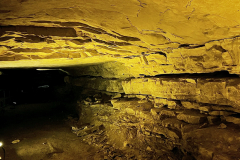 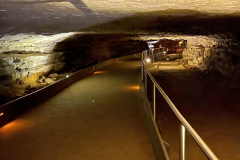 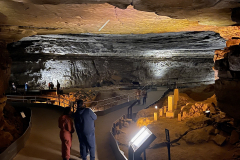 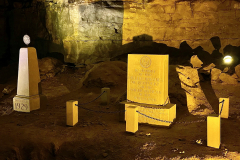 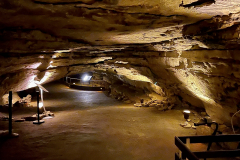 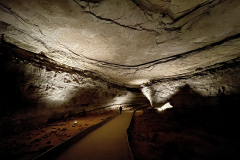 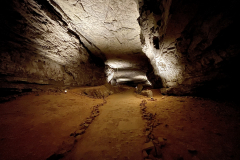 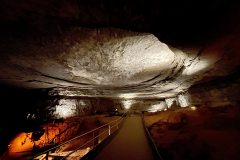 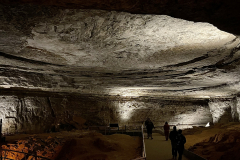 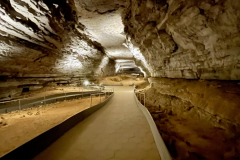 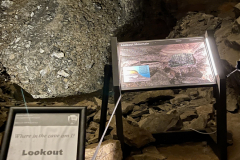 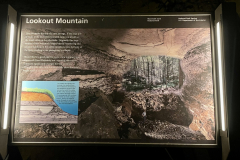