Wednesday morning, October 12, 2022 we left the Sumner Crest Winery in Portland, Tennessee and drove a nice, short 81 miles to Mammoth Cave National Park in Southern Kentucky. The drive, though short, was beautiful as we enjoyed the leaves changing colors and raining down on us while we glided beneath them on the road.

Mammoth Cave National Park was established on July 1, 1941 with 45, 310 acres, but of course the cave(s) were in existence millennia before that. Mammoth Cave is the world’s longest (known) cave and the park was designated as a World Heritage Site in 1981 for its unique examples of cave and karst landscape geology (much the same as Cindy and I saw in the Carlsbad Caverns). Nearly every type of cave formation is known within the site and Mammoth Cave has the richest cave-dwelling wildlife known, with more than 130 species within the cave system. In addition, the park was accepted by UNESCO as an International Biosphere Reserve in 1990 and was certified as an International Dark Sky park in 2021.

Which is why we couldn’t tour the cave while were there.

When we planned this stop many months ago Cindy said “You should go ahead and purchase your ticket” because it was only going to be me taking this tour. The warnings of tight spaces, low passages and cautions about people with back ailments not taking the tour, caused Cindy to decide she would skip this cave tour and only yours truly would go. I looked at the calendar and decided that this time of year, with kids back in school and summer officially over, there should be no problems buying my ticket on the day we arrived.

Wrong! (I should have listened to Cindy…as usual)

The guided tours were completely sold out for all five days were were there. The only cave tour available was a self-guided tour of the smallest cave, which IS large but it’s not THE Mammoth Cave, lol. I did get a ticket for the self-guided tour during our visit, but missed out on the real reason we came here. My own fault, of course, but it just means WE HAVE TO COME BACK SOME DAY so that’s not a bad thing.

We did tour the outer areas, hiked some trails, saw some deer and went to the Visitor Center. I didn’t even know that during the first 50 years of Mammoth Cave tourism, much of Kentucky was considered to be the American West. The road leading to Mammoth Cave was sometimes as rugged as the primitive trails within it. SO it was fun to see some of the old, restored train cars on display.

In addition, since 1816 three different hotels have occupied the site, welcoming weary travelers after a long train ride or drive. While we were there they were renovating the hotel so we didn’t get a chance to tour it; again something for our next visit.

Join us on our next post for photos of Jeff’s self-guided tour of the little cave. 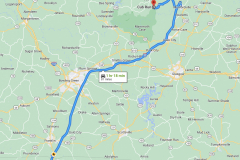 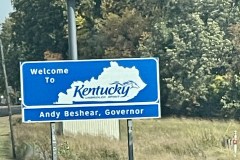 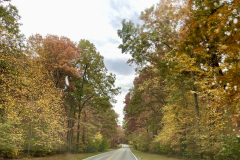 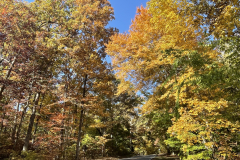 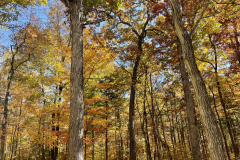 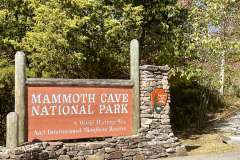 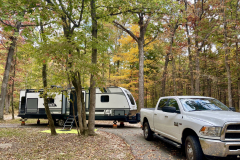 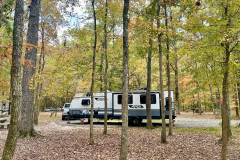 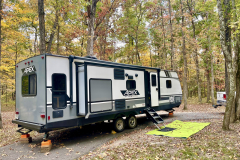 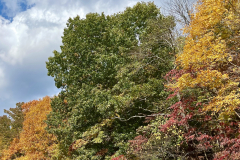 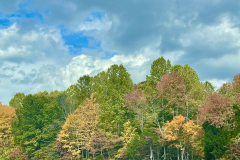 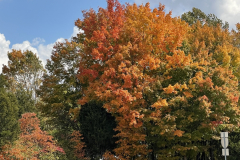 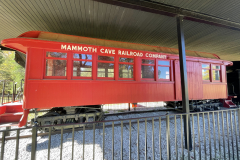 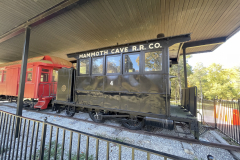 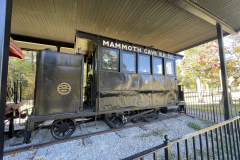 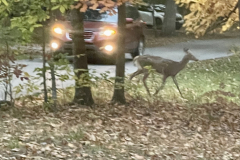 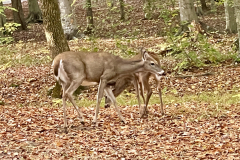 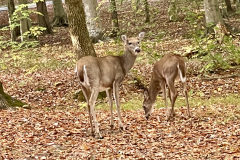 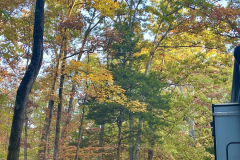 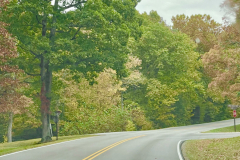 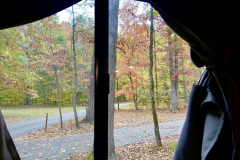 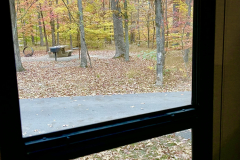