Thursday, August 11 was a “do nothing” day for us. We did hope to see the full moon that night from our campsite, but it was too cloudy and overcast.

Friday, August 12, 2022 we drove the 30 miles or so back into Browning to get Voyager filled up with gas, find a cell connection to make some calls and get some things done online.

Then we visited the Museum of the Plains Indian at the edge of town.

The timing of our visit was good. The Docent at the front desk told us we arrived shortly after two large tour groups had departed, and that they had another large tour group scheduled later in the afternoon. I, for one, was happy to miss the crowds.

It was very interesting to follow the timeline of their existence through their clothing, weapons, gear, tools, and toys. In the beginning, they were all very plain and utilitarian. But as their lives advanced through the ages and with their increased contact with traders and explorers you could see those items become expanded in use and decorative in appearance.

The museum also had an entirely separate room of both Indian art and art by others representing Plains Indians. Unfortunately most of those pieces were owned by the Burlington Northern and Santa Fe Railway Foundation, which had originally commissioned most of the artwork, so you could not photograph any of it. However the museum’s website has this brochure online that shows some of the artwork.

We returned to our campsite and took Bella for a walk again down to Devil Creek, so she was happy. We also took a couple of photos of Nomad at the site.

Saturday, August 13 was spent relaxing and getting things packed up for our departure on Sunday.

Thanks for following the Wandering Wetheringtons 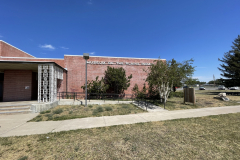 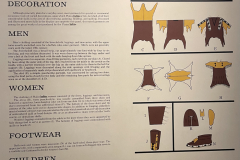 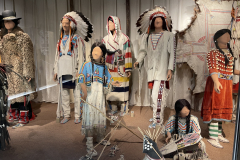 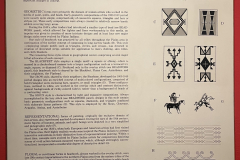 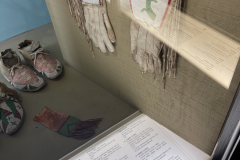 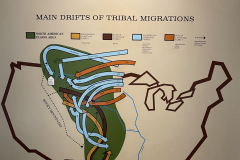 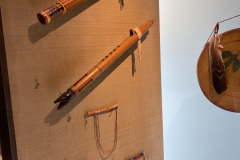 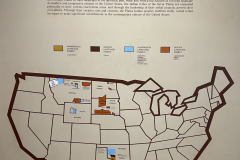 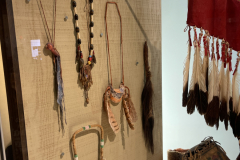 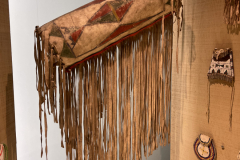 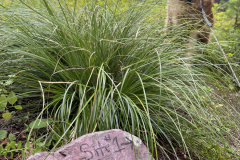 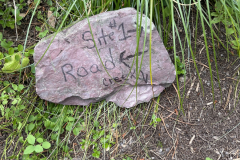 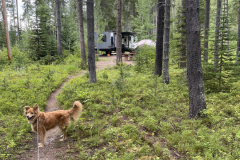 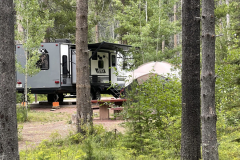