Sunday, August 21, 2022 we left Hellgate Campground outside of Helena and drove 172 miles to the more positively-named Rainbow Point Campground in West Yellowstone, just outside of Yellowstone National Park where we would be for a week.

We got everything set up at our site, C-8, including the screen room so we could enjoy the outdoors without being carried away by flies and mosquitos, but it turned out they weren’t so bad here in the campground. The next day, when we took Bella for a walk and exploring along the nearby Lake Hebgen it was a different story.

We relaxed the rest of that Sunday and were happily surprised to find we could get some TV stations so we were able to watch some news. Plus, we had 50 amp service so we could easily run the AC while using the microwave, toaster oven, ice maker, etc. When we’re boondocking and running on just house batteries, or even running the generator, it limits what we can run simultaneously. It was a little warm at Rainbow Point that first day/night, but the remainder of the stay wasn’t too bad and we didn’t run the AC as much as we thought we might.

Monday morning August 22nd, as already mentioned, we took Bella for a walk over to the nearby Lake Hebgen. We stayed at the edge of the surrounding trees and didn’t let Bella walk on the shore or get near the water as they had algae alerts up all along the edge. I was surprised later on to see someone allowing their dog to romp in the water, right in front of one of the signs. But as Kermit says, that’s none of my business. I just hope the dog was OK in the days after that.

Then Cindy and I drove the 10 miles into West Yellowstone. It’s mostly a tourist trap, which is to be expected being right outside the west entrance to Yellowstone but, as Cindy said, it was a cute place to visit. We strolled through most of the stores up and down the center of town (and bought a couple of things, of course), had a so-so lunch at one of the restaurants and stopped in at the Visitor Center. Oh and we HAD to stop at the Haagen-Dazs’ store for some ice cream.

But now we were rested, relaxed and ready for our visit to Yellowstone National Park the next day. 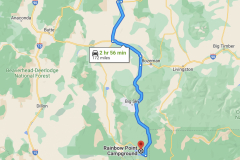 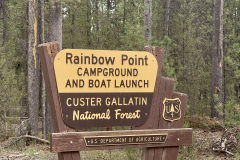 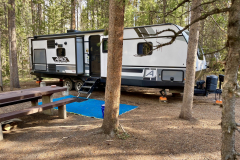 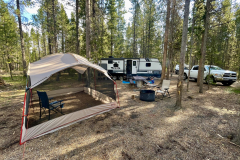 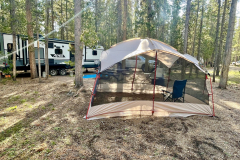 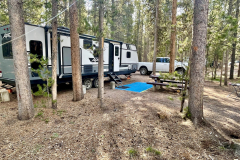 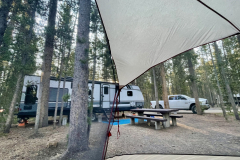 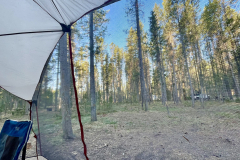 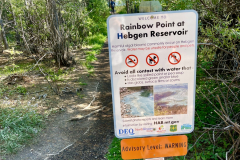 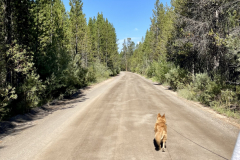 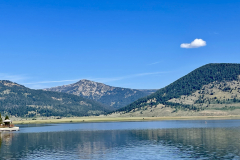 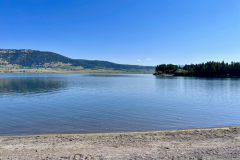 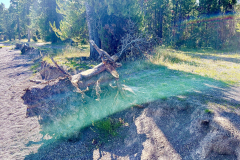 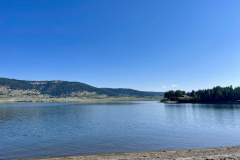 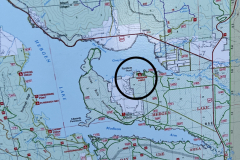 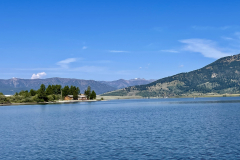 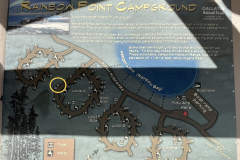 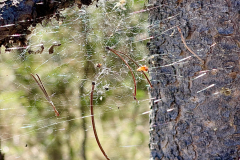 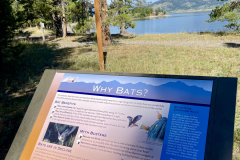 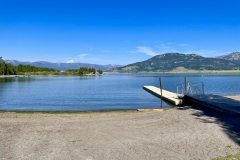 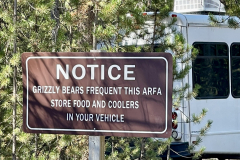 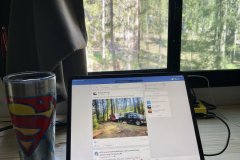 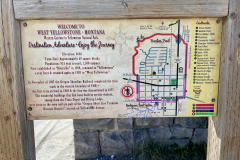