On Saturday, September 24, 2022 we left the Cochiti Lake Recreation Center in New Mexico and drove 218 miles east to San Jon, New Mexico for a one-night stay at a county park on our way to Black Kettle Campground in the grasslands of Oklahoma. San Jon was a nice little county park that allowed RVs and tent campers to stay over night at no charge. The only drawback was the area was covered in ant hills housing BIG red fire ants, so you had to watch your step and where you let your dog walk, and there were not just sand-spurs but what Cindy found out were called “Goat’s Head sand spurs” which are like super sand spurs when you get one stuck in you. We tried to remove them from our shoes and it was like being stabbed with needles.

Sunday we drove about 270 miles to Black Kettle, which was just east of the Texas state line in Oklahoma and about 13 miles north of Cheyenne, Oklahoma in Roger Mills County. The Black Kettle Grasslands comprise 31, 286 acres and is managed by the Cibola National Forest. These grasslands are non-contiguous tracts of land interspersed with land owed by local ranchers. One such ranch was right across the highway from the camping area, and we saw cows grazing around the hills that surround the Dead Warrior Lake which was located on the opposite side of the campground we stayed in.

Black Kettle is named for Chief Black Kettle of the Cheyenne tribe who stood out as a peaceful chief among the other chiefs of the widespread tribe. According to Wikipedia; At dawn on the morning of November 27, 1868 (just two days short of the fourth anniversary of the Sand Creek massacre), Lieutenant Colonel George Armstrong Custer led his 7th Cavalry Regiment to attack Chief Black Kettle and his village along the Washita River in what is now western Oklahoma. Custer’s troops killed more than 100 Native Americans, mostly Southern Cheyenne. While trying to cross the Washita River, Black Kettle and his wife were shot in the back and killed.

Dead Warrior Lake was formed in the 1950’s when a watercourse called Dead Indian Creek was dammed. The lake is 72 acres in size with 3 miles of shoreline and fishermen there find flathead catfish, blue catfish, largemouth bass and black drum plentiful when fishing either from the shore, two docks/piers or from a boat in the middle of the lake. That dam was right behind us and we climbed it a couple of times while we were there to get a bird’s eye view of the lake and surrounding areas.

This is a first-come, first-served campground and you can boondock there for up to 14 days. We were only staying 7 nights and we left New Mexico early in the day to arrive there early in case it was busy.

But when we arrived the place was empty. Cindy had talked to a ranger by phone a couple of days earlier and he said that if we were good at backing in we could get our 34 foot Nomad into a spot. But if we weren’t, he said, we could pull over to the boat ramp area on the lake and park over there. We found a nice spot that had some shade (for our comfort) and some sun (for our solar panel on the roof) and with Cindy’s help (as usual) I was able to wiggle Nomad into the site.

The parking area was NOT level, as you can see in the photos. Nomad looks like it’s ass is up in the air but it’s just that the tongue area was almost completely down to the ground while the back area was propped up on several boards. The stabilizer jacks leveled us, but it looks like it’s not from the outside due to the slope.

The first four days we were the only ones there, which was nice. We spent our mornings walking Bella on the various trails and afternoons either relaxing or doing various tasks around the trailer.

We finally got some neighbors in a tent our last 3 days and a couple of one-nighters each of those last 3 nights. Several people drove through but kept on going so they either didn’t think they could fit or they didn’t want neighbors. We saw a couple of them down by the boat ramp area when we went for walks over there.

It was a nice week. We had enough water in our tank for the week and used the generator to have power a couple of days to make ice, etc. 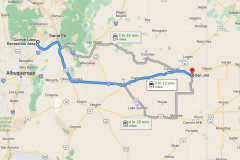 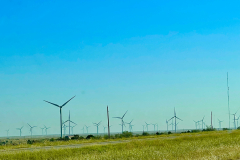 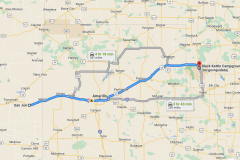 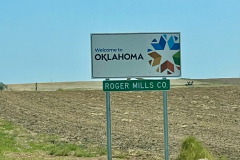 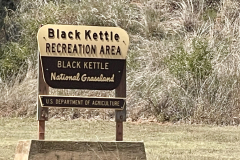 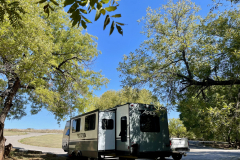 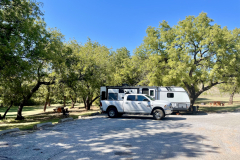 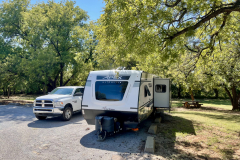 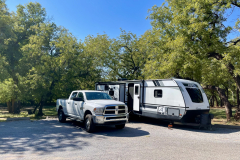 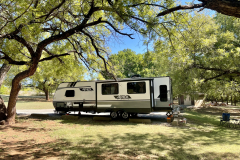 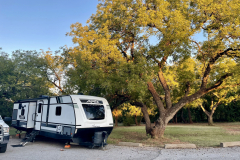 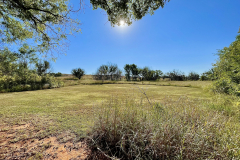 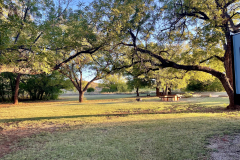 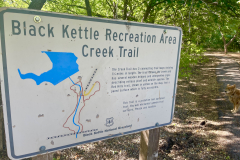 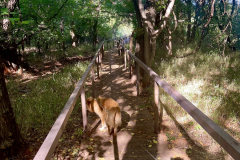 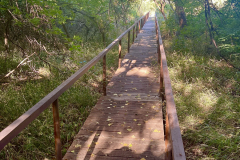 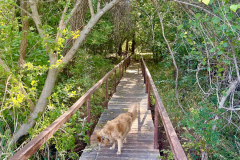 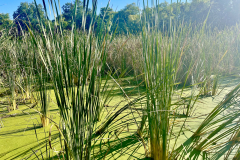 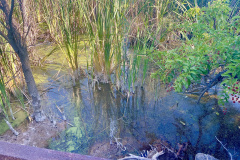 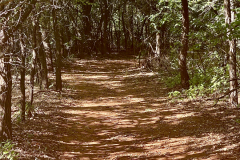 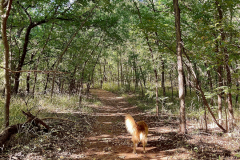 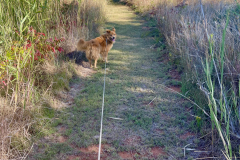 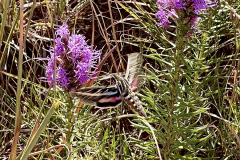 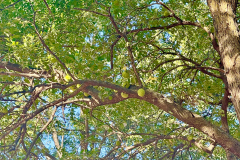