Sunday morning September 11, 2022 we left Yampa River State Park Campground in Hayden, Colorado and drove a relatively short 115 miles to spend a week at the Stillwater Campground in the Arapaho National Recreation Area between Granby and Grand Lake Colorado. We were also near the entrance to the Rocky Mountain National Park.

Our site was nicely located, allowing us to see the water of Lake Granby on three sides of us. It was also fairly level, came with electric and water hookups and we were sufficiently separated from our neighbors on each side. As we found that first night and the next morning, sunsets and sunrises were spectacular in their beauty. During our stay we even had a bit of rain and found ourselves entranced by the resulting rainbows that shimmered and glowed with color almost right next to our site. Believe me when I say that the photos we took do not do them justice.

Monday morning the Mobile RV Tech I had scheduled arrived and worked on the furnace and the water heater. The water heater was a simple fix of basically hot wiring it until he could return with the inline fuse that was needed. The furnace was a different animal. He checked that I had installed the sail switch a few months ago correctly, and I had. He put in a new circuit board but to no avail. He ended up taking the furnace with him to his shop for a couple of days and while there he replaced an electrode in the igniter. The furnace then worked great while in his shop and he checked everything else on it to make sure it was ready to go. On Thursday he brought it back and, knowing that it was working fine in his shop, hooked everything back up (wiring, gas line, etc.). We turned it on and it did exactly the same thing it has been doing for months; trying to ignite and failing over and over.

He was scratching his head in confusion but had to leave to go to another appointment. He promised to do some research and return on Saturday morning. When he came back on Saturday he tried a couple of other possibilities that would be tied to our RV since the furnace worked in his shop. One was the tie-in to the thermostat and A/C circuit board (which it wasn’t) and the other was that perhaps the gas flow was not heavy enough for the furnace (which pulls a larger load of propane that the stove, oven, refrigerator or water heater pull). Using a device to check the gas pressure we did see a drop in the line, which led him to believe that the problem was my regulator, but he did not have a replacement with him. He called a friend who does RV repair work and he didn’t have one and he checked with places in town but no one had a regulator on hand.

Since we were leaving on Sunday morning there was no choice but for us to try and find one at our next stop. I called a couple of places and found one that had a regulator on hand and agreed to hold it for me. They were closed on Sunday and we were only going to be there for that one night, but we arranged for us to be at their door when they opened Monday morning and we would get it before we left town for our next stop.

We were, of course, disappointed to not have the furnace working, especially since we were expecting to run into some colder temperatures during our trip. But the tech did everything he could to get it running and had no issue with me watching and explaining what he was doing and why. It was like a continuation of the week-long course I took last year and, in fact, he had also gone to that same school (though his training was longer and more involved than my simple familiarity course) as well as two other training centers. Plus, he had retired as the owner of an A/C and Heating business in Texas, so it wasn’t like he didn’t know his stuff. He also brought a new inline fuse for the water heater and showed me how to replace that if it went out again, along with a spare inline fuse set. And when it was all said and done he charged us much less than it should have cost, not including so much of the time he spent while trying to identify the problem. So we were disappointed, yes, but not with him. We felt like he was fair and honest in his dealings with us.

Other than the furnace issue, we really enjoyed our stay at Stillwater Campground. The surroundings were beautiful, the weather was mostly good and we got in some good walks around the campground and lake.

We just had one more place to go before we left, so on Friday we took a nice drive there and I’ll tell you about it in our next post.

Next up: We get higher than we’ve ever been (outside of an airplane). 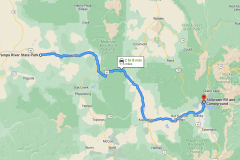 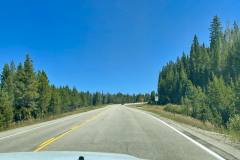 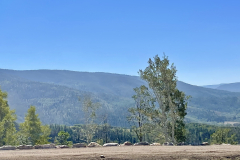 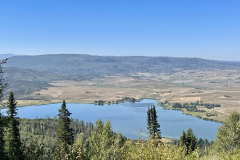 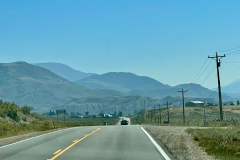 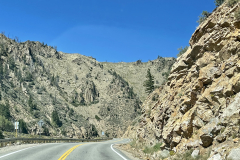 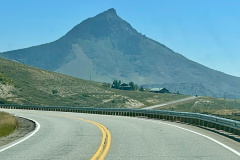 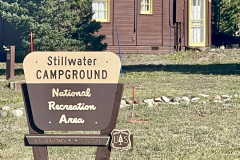 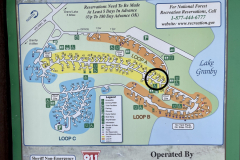 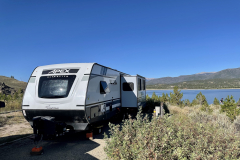 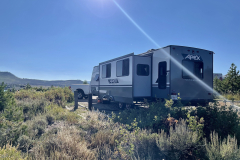 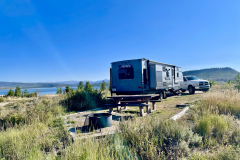 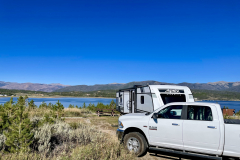 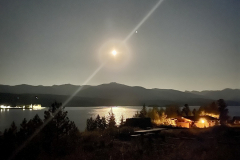 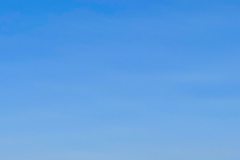 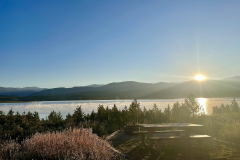 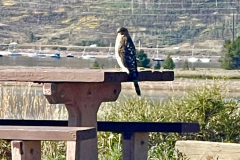 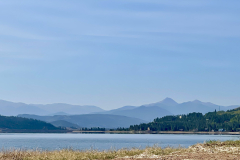 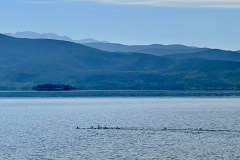 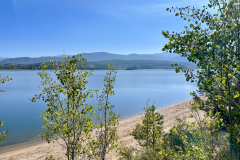 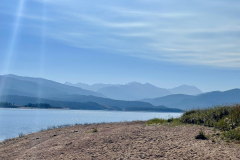 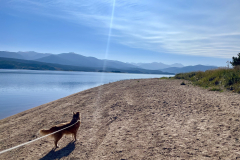 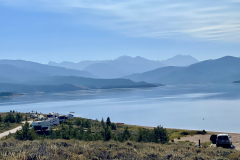 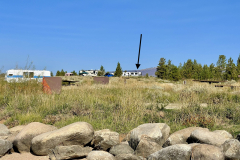