Wednesday, August 3, 2022 we left the wonderful town of Vulcan, Alberta and drove 181 kilometers (112 miles) south to Milk River, Alberta. This would be our last location staying in Canada before crossing back into the Lower 48 a few days later. We first crossed into Canada 2 months earlier on June 4, 2022 on our journey to Alaska.

Milk River was just going to be a stopover of a few days for us, with no real visiting planned. We primarily wanted to have some power and water, especially so we could fill our fresh water tank before boondocking for a week on our return to the U.S. But, as with a lot of places we have stopped, we found some interesting things and areas to visit.

First, we found out that the area our campground was in and the surrounding town of Milk River has been owned or ruled over by six countries and one corporation under eight flags, hence the name “Under Eight Flags”. Our campground had a nice monument to that history with flags and plaques explaining the timeline.

That number four point above? That was when President Thomas Jefferson of the United States authorized the Louisiana Purchase. Cindy and I, though both familiar with the Louisiana Purchase from our junior high school days, were a bit astonished that this area so far north was part of the transaction. I guess neither of us were paying close attention in class, lol.

In 1909 the Canadian Pacific Railway laid out a town site which would be known as Milk River. By 1916 the town had grown to a population of 150 and was declared a village. In February 1956, Milk River became a town and today, the town of Milk River continues to be a service center to the surrounding agricultural industry. Its location between the United States border and Lethbridge/Calgary places Milk River in a high traffic tourist and trucking corridor.

Our campground was situated on the banks of the Milk River and we were able to walk less than an eighth of a mile to it. The Milk River is the only river in Canada which drains south into the Mississippi River drainage system (hence the area being part of the Louisiana Purchase noted above). The waters of the Milk River are nearly always milky in color. The river passes through the badlands of Canada and whenever there has been a heavy rain, the white silt from the badlands is washed into the river making it look milky. It turns out that explorers Lewis and Clark were the ones responsible for naming the river. In their journals we find this entry “…The water of this river possesses a peculiar whiteness, being about the color of a cup of tea with the admixture of a tablespoon of milk. From the color of its water we called it the MILK RIVER….”

While walking along the bank of the Milk River we went under the highway overpass and discovered hundreds, if not thousands, of cliff swallow nests and observed many, many of the birds darting in and out from underneath the overpass. Bella was almost transfixed by the sight, and admittedly so were we.

Our next post will talk about the second interesting thing we found during our stop in the Milk River area. 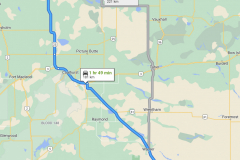 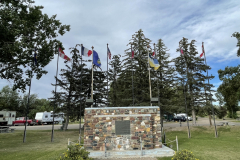 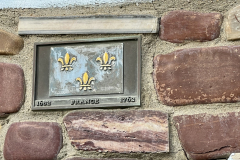 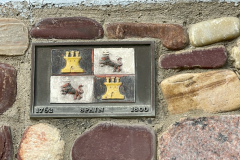 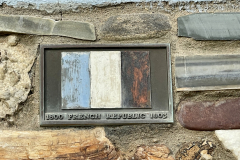 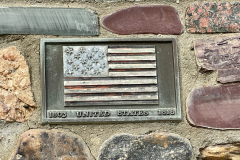 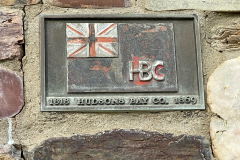 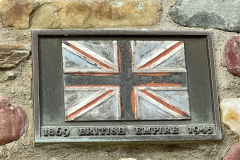 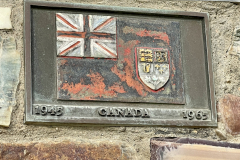 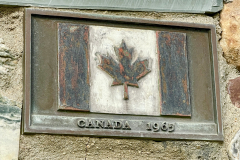 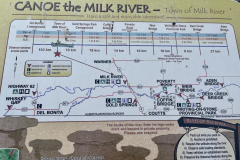 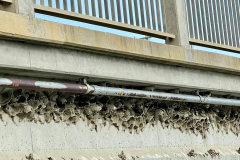 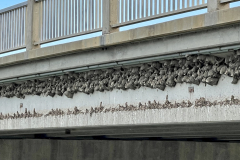