After our drive from the West Entrance of the Going-to-the-Sun Road to the East Entrance, we returned to Nomad at the Devil Creek Campground in the Flathead National Forest. Since we had been up MUCH earlier than our normal wake-up time that day, we decided a nap was in order. Aw, who am I kidding? We pretty much decide a nap is in order EVERY day! But, we really did need one that day, lol.

After we got up we thought we should make up for the trauma of that winding drive to Bella with a nice, long walk down to the Devil Creek, through the campground and over to the opposite side of the campground. This was the area where the camp host had shot rubber bullets at the Grizzly bear and where the bear had gone running, but it was also a horseback riding trail area so we just kept our eyes and ears opened. Bella had fun in the open field portion, unexpectedly jumping off the five-foot-high platform where they would back up trailers to load horses into. After she pulled a muscle several weeks back we’ve been giving her doggy glucosamine every day and it seems like it has helped. But, she did NOT want to going walking up the trail and we assume she got the scent of the Grizzly and wanted nothing to do with being where it had been.

Next up; driving the Going-to-the-Sun Road from the East Entrance. 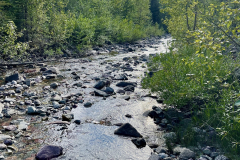 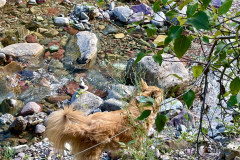 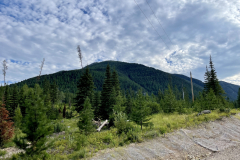 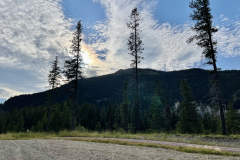 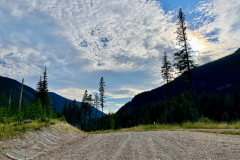 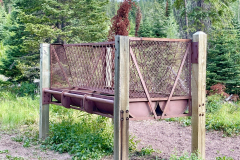 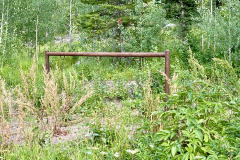 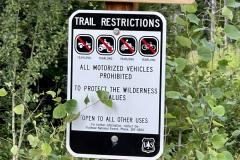 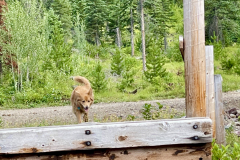 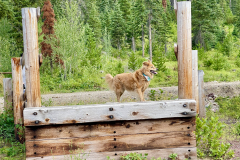 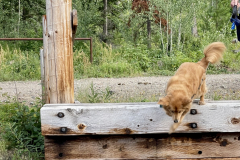 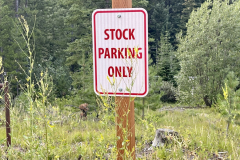