As we entered Colorado we saw several large above-ground tanks, some with various kinds of hardware near them and some with none, spread out in fields on both sides of the highway. I thought they might be abandoned water tanks placed out there for cattle. Cindy thought they might be oil tanks but I didn’t think so since there were no drilling rigs to be seen. Then we started having fun making up conspiracy theory-type ideas like covering up alien landings or secret observation ports.

Later, when we stopped for gas at the town on the other side of all those tanks, I was filling Voyager when a guy about my age at the next pump over said, “Nice travel trailer you got there” as he motioned toward Nomad. I thanked him and he asked where we were from. I said, “Florida, how about you?” He smiled and replied, “I don’t like people so I live in nearby Wyoming where there aren’t many people.”

He then proceeded to bend my ear for several minutes about his brother having a travel trailer, and how much did mine cost, and did we like it, etc. etc. etc.

For a guy who didn’t like people he sure liked to talk to them, lol.

Anyway, I decided to go ahead and ask him if he knew anything about those tanks we saw while showing him a photo on Cindy’s phone. He assured me they were oil tanks and I mentioned that any oil tanks I had seen before had drilling rigs near them. “Oh, those are on the other side of the hills where you can’t see them” he told me.

As Cindy and I drove off we decided that there was indeed some kind of conspiracy that the locals were in on where they would say those were harmless oil tanks and you just couldn’t see the drilling rigs. But really, something was being hidden in those fields that no one would talk about.

The truth is out there.

Yampa River State Campground was a nice campground. We had a not-so-nice surprise when we arrived and found out that we had to either pay an extra $9 per night or purchase an annual Colorado State Park Pass for $80. That information wasn’t on the reservation when Cindy made it and she made sure the guy knew it and that she wasn’t happy about it.

After we got set up at about 2pm, I walked out to the truck, stuck the key in the ignition to roll up the power windows and went back into Nomad. About 8 hours later, as we were preparing for bed I reached into my pocket to use the power fob to lock Voyager up, just as I do every night.

The key fob wasn’t in my pocket.

I walked out to the truck and saw that the interior and exterior bed lights were on, though dimly. Sure enough I had left the key in the ignition on accessories and the battery was dead enough that it didn’t have enough power to start the engine. The next morning I got on my AAA app and requested a jump start service. Seven hours later, they finally arrived after three different phone calls to “customer service” (a misnomer if there ever was one) and 10 minutes later Voyager was up and running.

The other downside was our water heater went out on us during this stay. It’s designed to run on electricity or propane, but it would run on neither. I employed what I learned at the RV school last year using my multimeter and thought our circuit board was fried. We also have not had a working furnace since mid-Spring when I replaced the sail switch for the second time. Over the Summer we had no need of heat, but now that we’re about to enter Fall we’re finding the temperatures a tad chilly at night.

So, I’ve made an appointment with a mobile RV tech at our next stop after Yampa River State Campground and hopefully we can get both of those issues resolved.

But otherwise, we had a nice, relaxing stay. We walked the mile-long loop trail every day with Bella, watched geese and sand hill cranes in a nearby field, had a Pika poke his head out of his hole near our front door to look at us (and got a photo of it doing so!), and saw a woman walk a cat on a leash. The campground had a nice laundry room so we got all our dirty wash done. We’re enjoying the slower pace we’re adapting to our traveling, still loving the adventures we’re having and the memories we’re making. 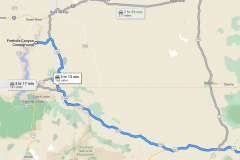 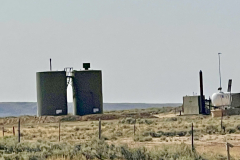 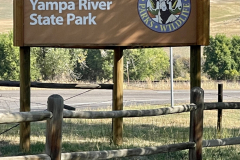 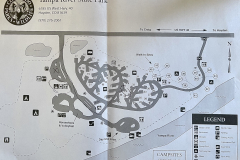 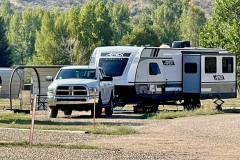 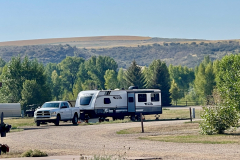 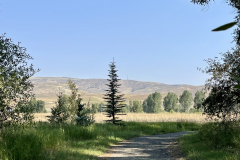 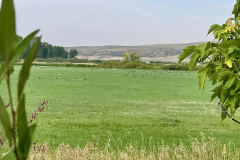 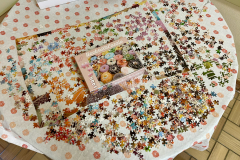 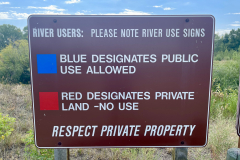 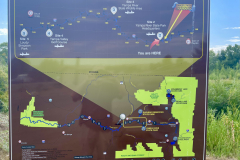 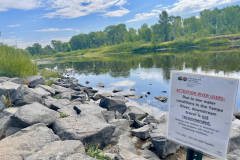 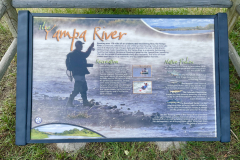 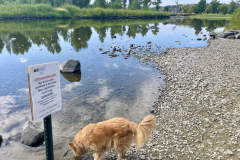 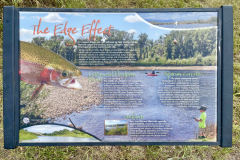 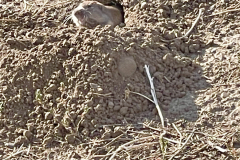 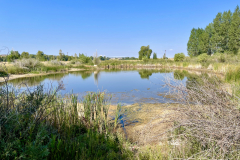 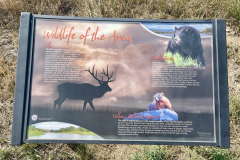 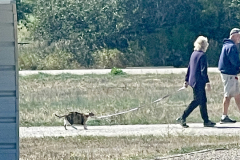