On Tuesday, November 8, 2022 we left Manatee Springs State Park Chiefland, FL one day before our reservation was complete so that we could drive to Orlando to vote in the 2022 Florida elections. When we originally made our reservations almost a year prior, we had not noticed that Election Day would be on the Tuesday before our reservation ended on Wednesday. However, voting is important to us so when we realized the date, we decided we would pay for a day we would not use (Wednesday) in order to be in Orlando to vote at our precinct on Tuesday.

I was only in Orlando on Tuesday (Cindy stayed with her daughter and our middle granddaughter) because I had to drive back up to Ocala on Wednesday morning to the dealer we purchased our travel trailer from to have them look at a leak in our larger slide-out that we had intermittently experienced over the past 4 months when it rained. I had a 9am appointment with them for an inspection and I was hoping to have it completed and the repairs made by Friday morning so I could get to Lake Louisa State Park in Clermont (about 45 minutes from Orlando), FL. Unfortunately (or fortunately, depending on your point of view), most of that experience was a huge disappointment that had started days earlier with their service department suddenly changing gears on us and stating that the manufacturer would not cover the repair because it was out of the warranty period when we had written confirmation from the manufacturer that they WOULD cover the inspection and repair outside of the warranty period. Cindy had gotten so mad that she didn’t go with me to the appointment and I went into my “Stone Cold” Jeff Wetherington mode to deal with the service advisor that morning. The service advisor subsequently settled down and was civil. The service technicians were both very courteous. I left and went to a nearby McDonalds to wait to hear back from them.

A couple of hours later the service advisor called and asked if I was nearby and could I come to the dealership. When I arrived the technicians took me back to where they had Nomad sitting under a sprinkler simulating rain and asked if I could show them where on the slide-out it was leaking (I had already marked the area with a post it note) because they could not find a leak. I went in to show them and sure enough there was no leakage showing. Now, I have to say there were a couple of times before we took it in that it rained and we did not have any leakage showing, but those had been light rains of short duration. One tech said he thought since it had started during the end of Fall in Montana that perhaps it was a cold contraction issue that wasn’t happening in warmer, humid Florida. The other tech stated that he recommended a slide-out awning, something he had on his travel trailer, to provide better protection if it happened again. The first tech agreed.

My feeling at the time was if a slide-out awning was beneficial, why didn’t the manufacturers just build them in, rather than making them an after-market item. And that maybe the techs, who as I said were both very nice, were just trying to upsell me. I asked them to keep it under the sprinkler for another hour and left to go have lunch. When I returned 2 hours later the techs had left it under the sprinkler the entire time and still no leak was making itself known. You can’t fix what you can’t find and as nice as the manufacturer’s rep had been to us, they don’t cover exploratory searches even under warranty, much less outside of the warranty. There was nothing more to be done at this time.

They got everything ready and brought Nomad out of the service bay for me to hook up to Voyager and head back to Orlando. I had originally thought they would have Nomad until at least Friday morning making repairs, so we didn’t have a site reservation until Friday night at Lake Louisa State Park.

Oh, and did I mention that Hurricane Nicole was about to plow through Orlando from the Southeast where it had come ashore in Vero Beach?

So now Lake Louisa, as part of the Florida State Park protocol, was shutting down the campground until Sunday. Cindy was trying to find somewhere in Central Florida where we could get a reservation, but of course in addition to the usual influx of northerners who flood the state in the winter months, there were now hundreds of RV’ers already in parks trying to find sites to where they could set up camp. Plus, I did not really want to drive Nomad back into the Orlando area with a hurricane coming through. The winds alone would not be any fun, especially if they overturned Nomad.

The dealership agreed to let me stay overnight in their “transfer” area, a lot where new units are brought it and hooked up to shore power for inspection. My fresh water tank was about half full and I could hook up there and ride out the storm in the Ocala area where the winds would be a little less strong as opposed to the Orlando area. Even then, let me tell you Nomad was shaking and shimmying, rocking and well, not rolling but it wasn’t for lack of trying. It was an invigorating night!

Here’s a video taken from inside Nomad showing the rain and wind rocking Nomad during the passage of the outer bands of Hurricane Nicole through Ocala.

Thursday I waited until late in the afternoon when most of the storm had passed to head back to the Orlando area. I spent the night in a Cracker Barrel parking lot, and then we planned to get some lab work done for Cindy, go catch the opening day of Black Panther: Wakanda Forever and afterward see where we could find to stay Friday night. But Cindy decided to check Friday morning with Lake Louisa and it turned out they had very little damage and told us we could come and set up in our reserved site. Even though Hurricane Nicole had passed, there were still bands of showers coming through the area, so based on Cindy’s wise counsel we skipped Black Panther and drove out to Clermont right away hoping we could beat the rain and not have to set up during a storm. It worked out great. We got finished setting up just before the rains came through, which is always a plus.

Cindy then returned to Amber and Abby’s so that the three of them could spend the weekend at Universal Studios in celebration of Abby’s 13th birthday. Those crowds are NOT my kind of thing, so Bella and I stayed in Nomad at Lake Louisa eating junk food and watching movies all day/night long.

The next week was filled with annual medical appointments, labs, eye exams, etc. as well as stopping by to visit our two oldest grandchildren, Mikey and Charlotte, and then the beginning of the following week, just before Thanksgiving, Abby came and spent a couple of nights with us at Lake Louisa, before we moved to Wekiva Springs State Park for the next two weeks. Come back to read about that stay in our next post! 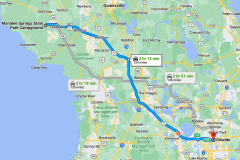 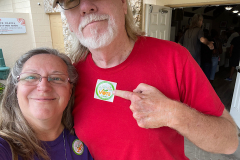 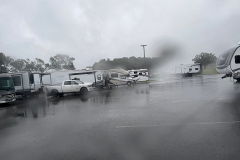 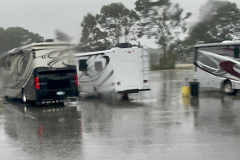 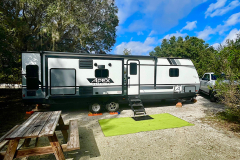 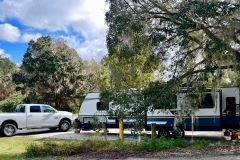 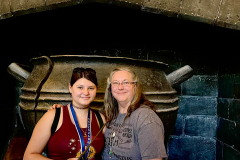 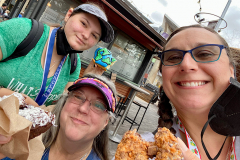 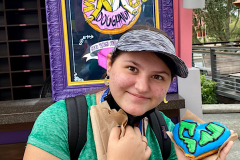 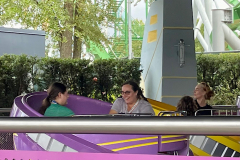 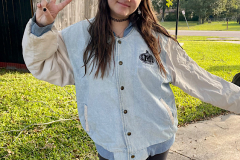 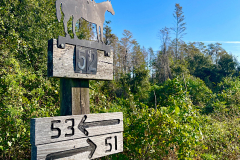 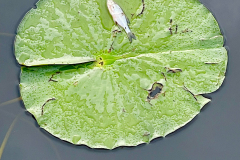 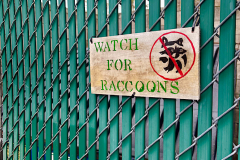 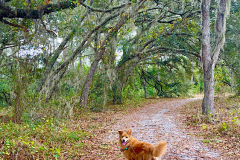 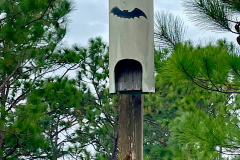 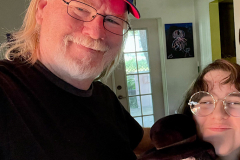 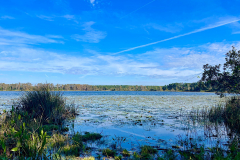 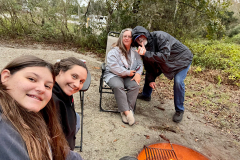 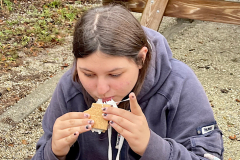 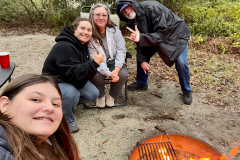 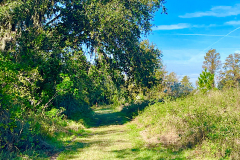 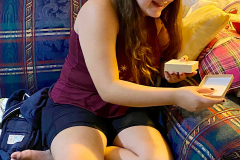